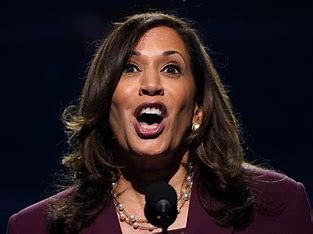 Democrats might be in real trouble in swing states should President Joe Biden cede the Democratic Party’s nomination to Vice President Kamala Harris in 2024.

The Los Angeles Times spoke to dozens of voters in the battleground state of Pennsylvania and had to concede one simple fact: People don’t like the country’s first female VP.

In fact, the consensus was that Harris is a disaster with an annoying laugh.

“I’d vote for her. But I don’t think she can win. And I wouldn’t vote for her in a primary,” said a Democratic voter named Susan Giffen, who said systemic “sexism” would derail a Harris White House bid.

People not so obsessed with identity politics also had reservations about Harris.

“She’s been mostly behind the curtains,” another Democrat said.

“She’s got her act together, but sometimes when she says things, it comes across a bit abrasive and maybe too aggressive,” another noted.

None of this comes as a surprise. Harris never ever polled competitively in her home state during her campaign for president. She dropped out before a single primary vote was cast and was an afterthought until Biden picked her as his running mate.

“My campaign for president simply doesn’t have the financial resources we need to continue,” Harris said in December 2019. “I’m not a billionaire. I can’t fund my own campaign. And as the campaign has gone on, it’s become harder and harder to raise the money we need to compete.”

That was all code for, “People don’t like me, and I’m going to have to quit.”

Harris never had a shot at the nomination, and she was chosen as vice president simply for her gender and ethnicity.

A year and a half later, Democrats still aren’t enthused about her. She’s an unlikable person with a closet full of skeletons — and she hasn’t made up for it with the job she’s done in office, either.

Americans have now seen how Harris has handled two dire crises. It apparently hasn’t made her a more appealing candidate.

She’d of course have to show her face now and again for voters to have a real chance to evaluate her, but she’s often missing in action, just like her boss.

If she hopes to have a shot in 2024, Harris is going to have to prove herself as a viable alternative to Biden — which really shouldn’t be too difficult.

But voters, at least the ones in Pennsylvania, are not convinced she’s up to the task.