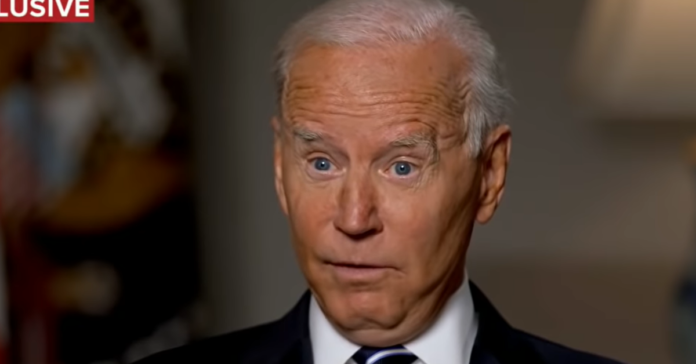 President Joe Biden flubbed another big interview raising more questions about his ability to deal with the crisis at hand. Biden is reeling from the debacle in Kabul and tried to put the country at ease by sitting down for an interview with ABC’s George Stephanopoulos.

Not surprisingly the move backfired with Biden causing confusion over not only Afghanistan but also China and Taiwan. Stephanopoulos asked how other countries, in particular Taiwan, should view the Biden-led debacle in Kabul.

Biden said, “We have made, kept every commitment. We made a sacred commitment to Article 5 that if, in fact, anyone were to invade or take action against our NATO allies, we would respond. Same with Japan, same with South Korea, same with Taiwan. It’s not even comparable to talk about.”

The problem for Joe is that he is putting Taiwan together with countries that America has explicit defense commitments with. We don’t have that with Taiwan, instead, we have long pursued a policy of “strategic ambiguity” as we are required by law to provide Taiwan with the means to defend itself but we offshored too much industry to China and are too afraid to lose out on their markets to not play their game.

While that approach is unsustainable in the long run, the last thing Biden needs is another debacle to go along with Kabul. Enter the White House aides who had to step in and clean up the mess.

A senior Biden administration official said U.S. “policy with regard to Taiwan has not changed” and analysts said Biden appeared to have misspoken.

“No one should underestimate the Chinese people’s resolve, determination and strong ability to defend national sovereignty and territorial integrity.”

In Taipei, Presidential Office spokesman Xavier Chang said they had “noted” Biden’s comments, and thanked his administration for “continuing to take practical actions” to show the rock-solid U.S. commitment to Taiwan, like arms sales.

“So for you, that was always priced into the decision?” Stephanopoulos asked.

“Yes,” Biden replied, but then amended his answer.

“Now exactly what happened, I’ve not priced in,” he said. “But I knew that they’re going to have an enormous — Look, one of the things we didn’t know is what the Taliban would do in terms of trying to keep people from getting out. What they would do. What are they doing now? They’re cooperating, letting American citizens get out, American personnel get out, embassies get out, et cetera, but they’re having — we’re having some more difficulty having those who helped us when we were in there.”

“We’ve all seen the pictures. We’ve seen those hundreds of people packed in a C-17. We’ve seen Afghans falling –“

“That was four days ago, five days ago!” Biden snapped back.

“This is such a slap in the face to the thousands of Americans still in Afghanistan. He had no plan, he has no urgency, and he won’t take responsibility,” Nikki Haley said.

“What did you think when you first saw those pictures?” Stephanopoulos asked.

“When you look at what’s happened over the last week, was it a failure of intelligence, planning, execution or judgment?” Stephanopoulos asked.

“Look, it was a simple choice, George,” Biden said. “When you had the government of Afghanistan, the leader of that government, get in a plane and taking off and going to another country; when you saw the significant collapse of the Afghan troops we had trained, up to 300,000 of them, just leaving their equipment and taking off — that was, you know, I’m not, that’s what happened. That’s simply what happened. And so the question was, in the beginning, the threshold question was, do we commit to leave within the timeframe we set, do we extend it to Sept. 1, or do we put significantly more troops in?”

EXCLUSIVE: Pressed on whether the U.S.'s exit from Afghanistan could have been handled better, Pres. Biden tells @GStephanopoulos, "The idea that somehow, there's a way to have gotten out without chaos ensuing—I don't know how that happens." https://t.co/mH1AyWI5lb pic.twitter.com/osAwdDQy2L