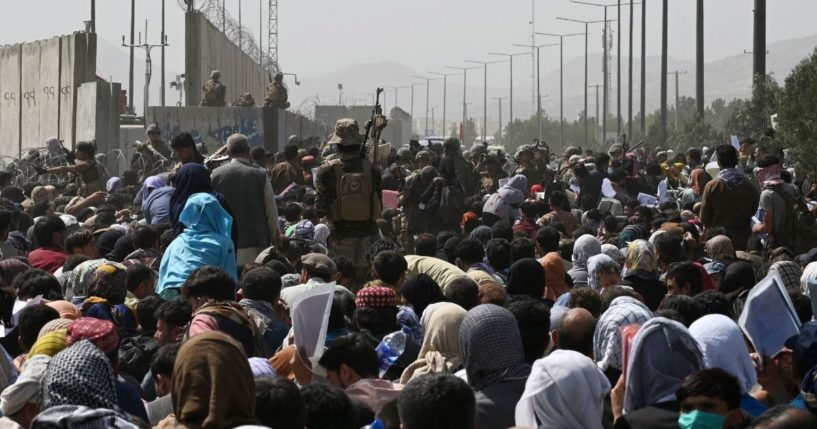 A poor vetting process is raising questions about who has been allowed entry into Hamid Karzai International Airport in Kabul.

A major issue with this format is that these visas reportedly do not have any names or document numbers to determine who’s who, according to CNN.

Screen shots of the visas are being widely distributed and used by Afghans attempting to enter the airport that’s considered “secure” by the U.S. government.

While it is not currently consistent with American policy to allow people with these visas into the airport, some are people allowed inside due to the jumbled nature of the situation.

With these documents, young single men have made their way into the airport without proper identification — implying that they could be terrorist infiltrators.

“I don’t think consular, or the administration frankly, realizes how badly they f***ed up by sending that stupid visa and letting everyone in for 24 hours straight,” a source told CNN.

Current U.S. policy is to only admit citizens of the U.S. or other NATO countries or green card holders onto evacuation flights, according to the U.K. Daily Mail, but it is unclear how many of these people still remain in Afghanistan.

The Biden administration’s decision to not have identifying markers on key documents could create a dangerous situation where unvetted people are entering the United States or allied nations.

If these were women and children, for example, this would be a much different story.

But the fact that these men could pose a threat to civilians is a damning consequence of Biden’s poor foreign policy.

Innocent people in Afghanistan are left scrambling and vulnerable, meaning that there is plenty of room for error in the process.

The developments in the country are devastating, and bad actors could be taking this opportunity to spread harm globally.