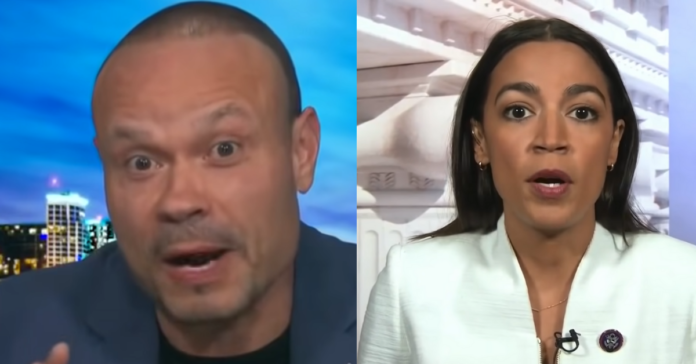 Dan Bongino dropped the hammer on Alexandria Ocasio-Cortez and her allies in the Black Lives Matter movement for their stunningly naive comments on Cuba. AOC mirrored BLM when she said:

“We stand in solidarity with the Cuban people and condemn the suppression of the media, speech and protest. We also call for an end to the U.S. embargo and additional Trump-era restrictions that are profoundly contributing to the suffering of Cubans.”

She went further and blamed America’s “contribution” to Cuba’s worst crisis in many years. “We also must name the U.S. contribution to Cuban suffering: our sixty-year-old embargo,” she said.

Her comments came after Black Lives Matter issued a statement also blaming the U.S. embargo for Cuba’s crisis and went so far as to credit the Cuban government for historically granting “Black revolutionaries” asylum.

BLM called for the U.S. to lift the sanctions saying they are “cruel and inhumane policy, instituted with the explicit intention of destabilizing the country and undermining Cubans’ right to choose their own government, is at the heart of Cuba’s current crisis.”

“They’re a terror group, terror group uses, they use propaganda and terrorism, and that’s what Black Lives Matter does.

“They are communists, and communists are terrorists too. This hurt your feelings? You don’t like it to be offending your delicate sensibilities? Kiss my rump. I don’t care.

“I don’t give a damn. I can’t stand you. I saw you up in my face. I saw what you did. You’re not fighting for Black lives.

“The conservative movement is through school choice and empowerment initiatives and freedom and liberty around the world.

“You’re fighting for terrorism and communism. You’re not just not wrong, you’re downright evil. There’s a difference between misfeasance and malfeasance. You were on the far end of malfeasance. Your movement is grotesque.

“It’s disgusting, and it’s the body bag movement. The only thing this has ever led to in human history, what you’re doing is body bags. That is it. Yeah, we call it like it is here,” Dan said.

Big tech is silencing Republican voices but we are here to help keep you informed by hunting down real news and sharing it with you. If you like the content we share please feel free to subscribe to our newsletter, this story was shared from MAGAConservatives.
Back to Conservative News
Use left/right arrows to navigate the slideshow or swipe left/right if using a mobile device