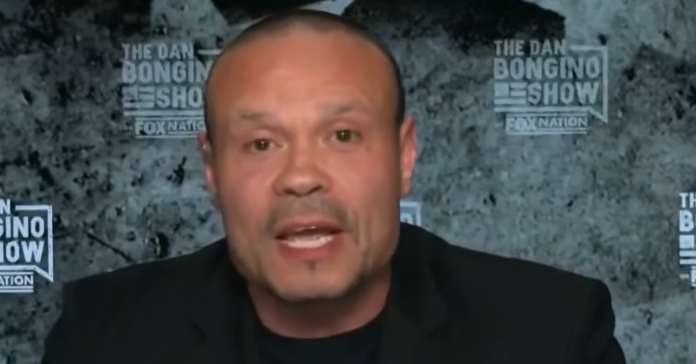 Dan Bongino has had enough and is fighting back at the scourge of cancel culture. Dan just launched a new payment processing platform, AlignPay, in response to Trump’s earlier ban by huge payments company Stripe. Bongino believes that no political campaign, business, or nonprofit organization should lose access to financial products over political beliefs and opinions.

Former President Donald Trump was kicked off payment processing platform Stripe in January and Bongino immediately went to work to create an alternative. “It’s focused on the cancel culture. So Stripe is our target here. You need to come to us, or you’re under the very real threat of being canceled,” Bongino said.

“Anyone who’s going to engage in any of this cancel culture totalitarianism, we’re going to expose and offer our services to the people you cancel,” he said. AlignPay will mirror Stripe’s offerings in the credit, debit, and bank-to-bank transactions space and will be priced similarly.

Bongino said all organizations of all backgrounds and political beliefs are welcome to use the platform, “including ones aligned with conservatives, such as anti-abortion groups and pro-gun rights organizations, but also liberal groups such as the Black Lives Matter organization or ‘Defund the Police’ groups.”

The only groups banned from the platform are those involved in “any criminality,” said Bongino.

“So I want to give everyone an alternative. I don’t want this to happen to anyone, Trump or anyone else again. When you cut off someone’s financial lifeline, you cut off their entire website,” he added.

The platform has been created and funded by Bongino and three of his associates, Jeff Wernick, Eric Berger, and Jake Hoffman. The newly launched website says the company will “never pick sides on any issue,” but believes in “America, freedom, and protecting your economic opportunity.”

“It’s more than a business to us. It’s a movement. Many people are afraid of speaking out against the tech platforms because they control their ability to earn an income,” Wernick told the Washington Examiner.

AlignPay’s target, Stripe, which handles card payments for millions of online businesses and organizations, chose to kick Trump’s campaign website and online fundraising operations off its platform in January for violating its policies against encouraging violence, through his role in the Jan. 6 Capitol attack.

The financial-technology giant asked users not to accept payments for “high-risk” activities, including any organization that “engages in, encourages, promotes or celebrates unlawful violence or physical harm to persons or property.”