Did Democrats Just Openly Admit To Stealing The Election? 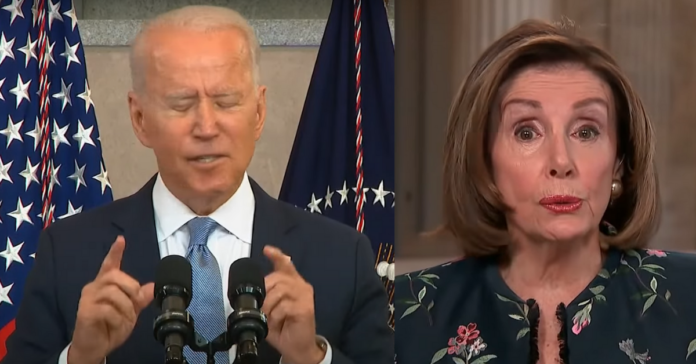 Democrats are starting panic after the courts upheld a string of new voting laws in key swing states and are sounding the alarm about a red wave. The consensus is they will not be able to replicate their historic turnout without the new voting laws, but when you add them to the equation one prominent Dems said ‘we’re f*cked.’

CEO of the Stacey Abrams-founded New Georgia Project, Nsé Ufot said: “If there isn’t a way for us to repeat what happened in November 2020, we’re f*cked. We are doing what we do to make sure that not only our constituents, our base, the people, the communities that we organize with, get it. We’re trying to make sure that our elected officials get it as well.”

Latosha Brown, co-founder of Black Voters Matter, said that “hope is quickly turning into frustration. When in the hell are those who claim that they are committed to democracy going to show up to protect those that protect democracy?”

“I’m super worried,” said Max Wood. “I try to be optimistic, and I do think there are times when this kind of stuff can galvanize enthusiasm and turnout.”

“But I don’t know that that will be enough, especially with how extreme some of these laws are.”

Basically the Democrats realize they can't win without rigging the election and know they are openly attempting to it.

Also you would think with such a "historic turnout" why would you be worried moving forward? Would the thought not be that "we have righted the ship, let's move forward"?

Let us know what you think in the comments below.

Georgia Democrats are rushing to develop a strategy to work around their state’s voting law, which GOP Gov. Brian Kemp signed into law in March, on the heels of unexpected Democratic victories. It has been widely viewed as a blueprint for similar measures in other states.

The state Democratic Party aims to confront the law by building on their voter education program established after the 2018 midterms. They are training county chairs, volunteers and voters on the law’s terms in Zoom and in-person sessions.

The goal, according to one party official, is to train volunteers on how to obtain a voter I.D. in all 159 of Georgia’s counties. The party also brought on three new deputy political directors for Black, Latino and Asian American outreach.

This November’s mayoral election in Atlanta represents a test-run of the law and how its requirements will impact voters. While Democrats aim to apply lessons from this election to next year’s midterms, they recognize that the heavily Black, safely Democratic city is a far cry from a statewide race.