GOP Senator: 'Has Time Come to Exercise the Provisions of the 25th Amendment?' 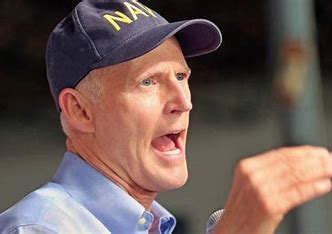 The Taliban’s takeover of Afghanistan is giving everyone pause right now — specifically, begging us to consider who is responsible for the United States’ disastrous pull out of the country after 20 years of progress.

Florida Sen. Rick Scott thinks the answer is clear, and a vast majority of Americans share his views.

On Monday, the Republican senator raised questions about President Joe Biden’s fitness for office, going to Twitter to entertain the idea of invoking the 25th Amendment.

“After the disastrous events in Afghanistan, we must confront a serious question: Is Joe Biden capable of discharging the duties of his office or has time come to exercise the provisions of the 25th Amendment?” he wrote, adding on to one of his previous tweets which also called out Biden for rising inflation and for his role in the infamous border crisis.

It’s an interesting proposition, especially considering we heard so much about the 25th Amendment in the days following the Capitol incursion in January — with leftists proving they weren’t above the idea with mere days left to go in the Trump presidency.

Democratic Rep. David Cicilline of Rhode Island even went public with the demand at the time on Twitter.

Now Republicans have their shot at invoking the amendment, which states that if two-thirds of both houses of Congress determine “the president is unable to discharge the powers and duties of his office,” the vice president shall assume power in his place.

The amendment affords the president a mechanism to challenge accusations of ineptness, however, by “[transmitting] to the President pro tempore of the Senate and the Speaker of the House of Representatives their written declaration that the President is unable to discharge the powers and duties of his office.”

However, even during the Trump era, the Congressional Research Service noted that “the section was not intended to facilitate the removal of an unpopular or failed President,” especially considering any invocation of the amendment might arguably “precipitate a constitutional crisis.”

To break things down a little further, NPR noted, “The language of the amendment says if the vice president and either a majority of the executive Cabinet or a review body appointed by Congress declare in writing that the president is unfit for office, then the vice president immediately becomes the acting president.”

It’s a long haul for Republicans in this case — especially considering they would have to rely on Vice President Kamala Harris, executive cabinet members or congressional Democrats to see any progress.

However, if Harris, members of Biden’s cabinet and congressional Democrats determine they are just as enraged about, or embarrassed by, the Afghanistan development as everyone else — and they see a progressive woman of color as the ideal replacement (or if Harris is power-hungry enough to take the giant leap herself) — perhaps the idea isn’t so implausible after all