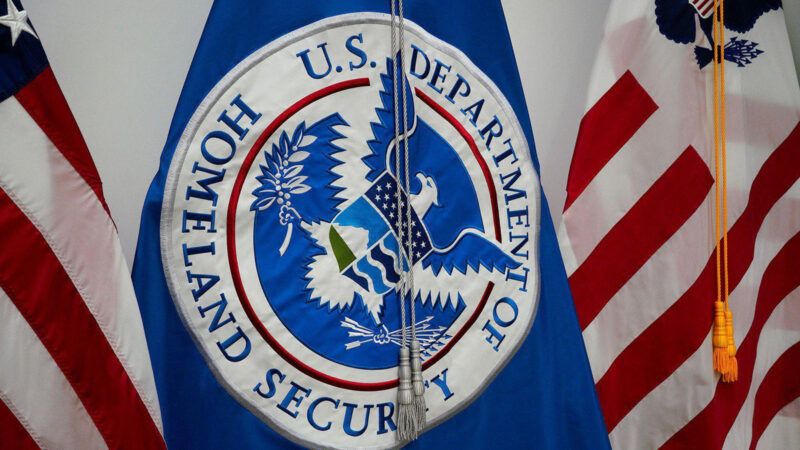 In advance of the 20th anniversary of the 9/11 attacks, the Department of Homeland Security (DHS) has issued new guidance to local police departments warning that, among other things, opposition to pandemic-related lockdown policies could constitute a "terror threat."

Conspiracy theories regarding the 2020 presidential election—including one that falsely claimed former President Donald Trump would unconstitutionally be reinstated to office in mid-August—are also considered potential threats. That's despite the fact that, as NBC News reports, the new advisory is "not based on any actual threats or plots" but was spurred by a "rise in anti-government rhetoric" connected to mask and vaccine mandates.

The actual two-page bulletin contains less inflammatory language than NBC's interpretation of it. Still, it warns that threats "posed by domestic terrorists, individuals, and groups engaged in grievance-based violence" could be "exacerbated by impacts of the ongoing global pandemic, including grievances over public health safety measures and perceived government restrictions." The document also warns that reopening schools, churches, and other places where people gather could "provide increased targets of opportunity for violence though there are currently no credible or imminent threats identified to these locations" (emphasis mine).

It should go without saying that challenging or questioning the various constitutionally dubious, contradictory, and oftentimes nonsensical government policies that are ostensibly meant to combat the pandemic does not make someone a terrorist. Indeed, if that were the case, some government officials would be top suspects.

It's equally true that holding or sharing inaccurate opinions about the outcome of the last presidential election does not make someone a threat to the country. There's a big difference between expressing an opinion and storming the U.S. Capitol building as part of a politically motivated riot—and law enforcement should be able to tell the difference.

But it is somewhat darkly ironic that a Republican administration birthed DHS—against the warnings of libertarians, who could see the obvious potential for dystopian mission creep right from the start—only to have the department now identify die-hard supporters of the last Republican president as terror threats. Perhaps the elements of the political right who believe they can impose moral order on the country via the machinery of government should take notice.

Big tech is silencing Republican voices but we are here to help keep you informed by hunting down real news and sharing it with you. If you like the content we share please feel free to subscribe to our newsletter, this article was shared from Reason