Houston Reporter Suspended For Exposing Fox Corp On Air: “Fox Corp has been muzzling me, I’m going to release recordings about what goes on behind the scenes at Fox’ 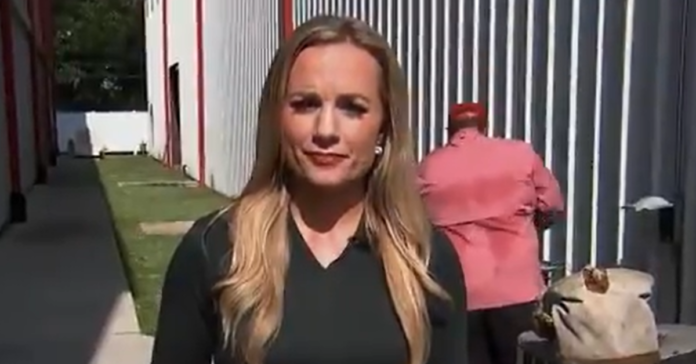 A local Fox affiliate news reporter named Ivory Hecker has been suspended for threatening to expose Fox Corp on live television. Hecker said on-air that she has been feeding information to conservative muckrakers Project Veritas, which no media executive ever wants to hear.

She said she was being muzzled yesterday and hinted more will come out and to watch Project Veritas for updates. Today she posted a quick conversation with her boss where she got suspended, ‘effective immediately.’

She said live on-air: “Before we get to that story, I want to let you the viewers know that Fox Corporation has been muzzling me to keep certain information from you, the viewers and from what I’m gathering, I’m not the only reporter being subjected to this.

“I’m going to be releasing some recordings about what goes on behind the scenes at Fox, because it applies to you, the viewers.

“I found a non-profit journalism group called Project Veritas who’s going to help put that out tomorrow, so tune into then,” she said.

Here is a video talking about the suspension, posted by Project Veritas:

“Alright, I wanted to call you and let you know that you are suspended immediately pending further review,” says Hecker’s boss in the video below.

The contents of Hecker’s purported recordings are unclear, although Project Veritas has previously shared hidden camera videos alleging left-wing media bias. Some critics have accused the group of deceptive editing.

Hecker said that her dispute with Fox “had taken a dark turn last August” after interviewing an unspecified person, in a statement to Newsweek. She said that she was told to keep silent about opposing “censorship” months later.

“They decided they didn’t like what the interview subject had said, and they went on to internally harass and defame me,” Hecker said. “I knew I was not working for a journalistic organization when I was called into an HR meeting in December and was told to keep my support for free speech and opposition to censorship to myself—that those were not matters to be publicly spoken about.”

A Project Veritas spokesperson confirmed to Newsweek that it would be releasing recordings from Hecker on Tuesday night, along with a one-on-one interview with Project Veritas founder James O’Keefe. The spokesperson also said that Hecker’s remarks during Monday’s broadcast were true.