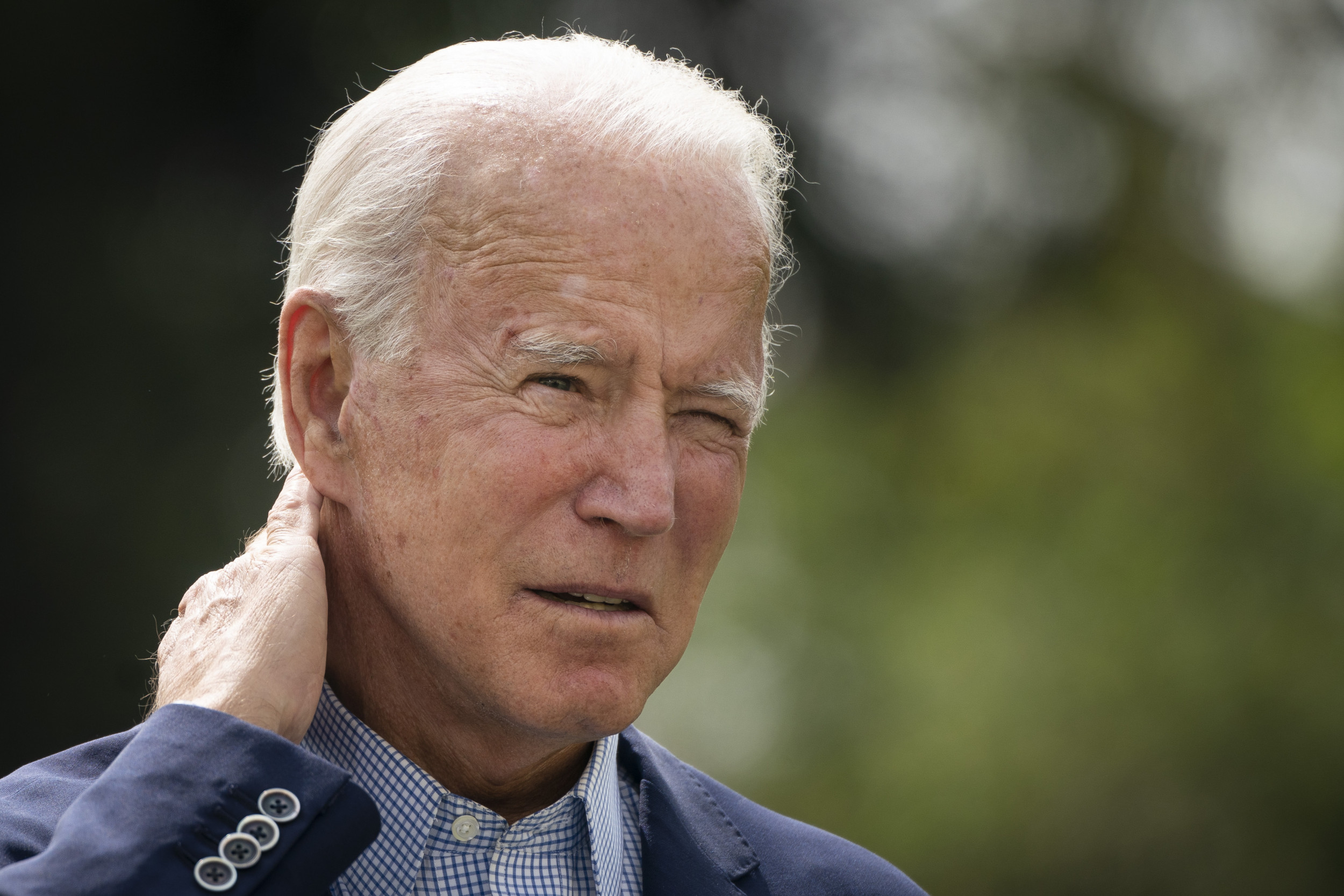 Social media captured a cheat sheet sticking out of his pocket, identifying individuals the president was to meet with in Louisiana on Friday, including the names of Jefferson Parish President Cynthia Lee Sheng and New Orleans Mayor LaToya Cantrell. The card included markings of affiliation with the Democratic Party.

Former White House press secretary Kayleigh McEnany noted President Donald Trump did not use any remedial cards or cues he was given.

"President Trump certainly never carried a 'cheat sheet' with him," McEnany, now an analyst with Fox News, said. "As any good staff would, we often provided him with a pocket card before he left the plane, but he usually just left it on Air Force 1 and definitely never relied on it to remember the names of those he was meeting on the tarmac."

"Can Joe Biden do anything without a cheat sheet?" she asked. "He couldn't give a speech on Afghanistan after 5 p.m.

"It’s abundantly clear he's not operating on full cylinders. He should be in retirement, not leading a country. It's time we start talking about it more. Everyone sees it."

Biden has even referenced the orders he has been given by aides, saying in a recent news conferences on Afghanistan: "The first person I was instructed to call on."

He then called on a prepared NBC News reporter who asked a lengthy question.

Social media and pool photographers have also shared photos of cheat sheets that had reporters names and photos circled and marked with numbers.

"Given his track record of hiding in his basement during the presidential election, it's not surprising that President Biden depends on cheat sheets," Fox News' Deneen Borelli said. "Biden is lost and fumbles badly without notes and the teleprompter. It's fundamentally dangerous the U.S. has such a weak and incompetent president. The world is watching including our adversaries."

The president might merely be prepped for appearances, but Borelli denounced the lack of preparation for the job as president through the campaign.

"Then-candidate Biden wasn't challenged by the media and when interviewed was given softball questions," Borelli continued. "Now America knows why his handlers want him to have limited media access because he's incapable of sensible communication."

Biden has frequently declined to answer White House press pool questions amid the unfolding events in Afghanistan, including a Hurricane Ida prep news conference where he stated: " I’m not supposed to take any questions."

Myriad former Trump staffers like McEnany have since praised the former president for having been more transparent with the American people, having delivered frank and often controversial press conferences daily on last year's developing coronavirus pandemic response.