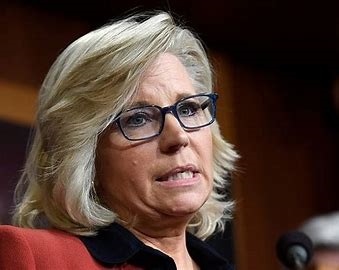 Hageman, an attorney from Wyoming, stepped down from her post as the state’s Republican committeewoman on Tuesday as she begins preparing for a tough fight in the 2022 midterm elections. Hageman has also gained favor from the country’s 45th president as he put out a statement on Thursday endorsing her and her “America First” policies.

“I strongly endorse Republican House of Representatives Candidate Harriet Hageman from Wyoming who is running against warmonger and disloyal Republican, Liz Cheney. Harriet is a fourth-generation daughter of Wyoming, a very successful attorney, and has the support and respect of a truly great U.S. Senator, Wyoming’s own Cynthia Lummis,” Trump wrote.

The president also gave a long list of Hageman’s positive attributes, while criticizing Cheney for not putting America first.

“Harriet Hageman adores the Great State of Wyoming, is strong on Crime and Borders, powerfully supports the Second Amendment, loves our Military and our Vets, and will fight for Election Integrity and Energy Independence (which Biden has already given up). Unlike RINO Liz Cheney, Harriet is all in for America First,” the statement reads. “Harriet has my Complete and Total Endorsement in replacing the Democrats number one provider of sound bites, Liz Cheney. Make America Great Again!”

By endorsing the Republican challenger in Wyoming’s competitive race, Trump is fulfilling a commitment to oust Cheney after she voted to impeach him and is one of the House members leading the Jan. 6 committee which is investigating Trump’s involvement in the Capitol riots.

Due to her lack of loyalty to the Republican Party and her persistent anti-Trump rhetoric, she was stripped of her role as the third-ranking Republican in the House and was replaced by staunch Trump supporter, Elise Stefanik, R-N.Y.

In a recent tweet, Cheney fired back at Trump and his comment calling her the Democrats’ “number one provider of sound bites.”

“Here’s a sound bite for you: Bring it,” Cheney tweeted.

According to Reuters, a poll conducted by Remington Research Group in July, found that before Hageman entered the race, Cheney had only 19 percent support among Wyoming Republicans. Wyoming is a state that overwhelmingly voted for President Trump.

The 2022 U.S. House of Representatives election in Wyoming will be held on Nov. 8, an election that will decide who will represent the Wyoming district. The primary is scheduled for Aug. 16, 2022.

Hageman is the fifth candidate Trump has backed to challenge a Republican congressional incumbent in his effort to help the Republicans gain back control of congress in 2022.

Big tech is silencing Republican voices but we are here to help keep you informed by hunting down real news and sharing it with you. If you like the content we share please feel free to subscribe to our newsletter, this article was shared from Rightside