WATCH: Australian Man Has Suspected Heart Attack After Thuggish Cops Arrest Him for Walking Outside Maskless

Australia is a failed state.

The Land Down Under has plunged into a Medical Fascist State.

And many citizens are living under martial law.

It doesn’t seem like footage could get any more shocking from what we’ve already witnessed.

Nevertheless, a disturbing video from Brisbane shows the brutality and ignorance of Australian cops.

Police arrested an elderly man walking at Brisbane Botanical Gardens for not wearing a face diaper.

The man was outside and had a medical exemption.

But the boot-licking cops didn’t care.

They arrested the man and put him in handcuffs.

What happens next is horrifying.

These cops are disgusting human beings.

They’re machines without souls that do the bidding for the state.

The man’s son spoke out about the incident on Instagram: 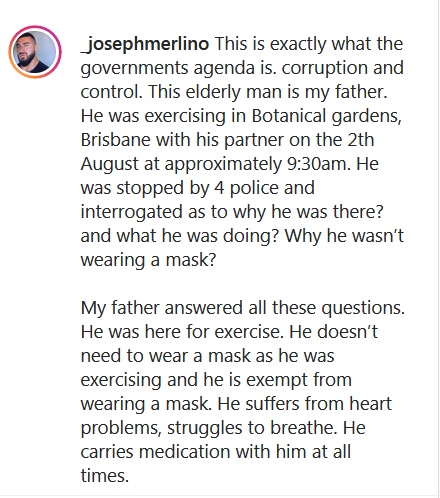 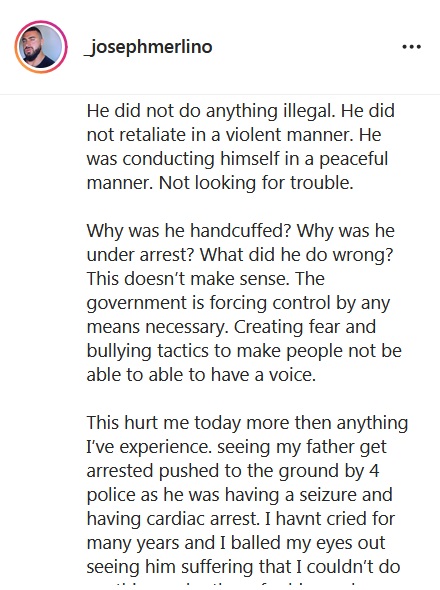 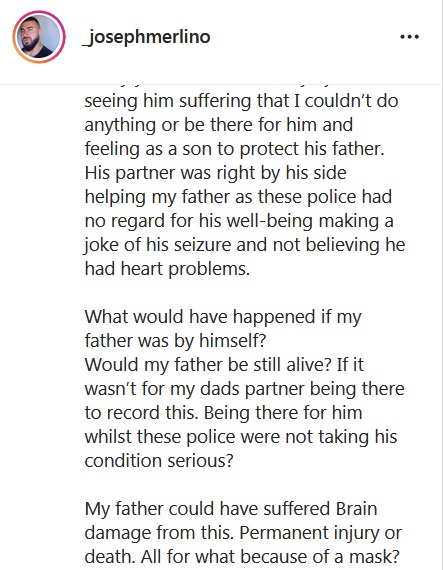 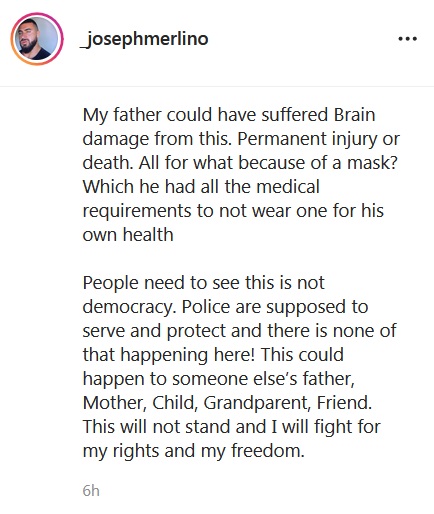 A video emerged on Instagram showing an elderly man exercising in the Brisbane Botanical Gardens without a mask on Monday. The man was stopped by four police and handcuffed at the scene.

Brisbane is currently in a snap lockdown with harsh Covid restrictions that include wearing a face mask at all times when outside the home. Despite having a medical exemption that allows him to exercise without a mask, police persisted.

The man peacefully complied with directions. His partner answered police questions in an attempt to stop them from taking the distressed man away.

He then suffered a seizure at the scene, at which point his partner tried to render assistance while the police removed his handcuffs.

Police allegedly joked when he had a seizure that they did not believe he had heart problems that warranted the mask exemption. The man’s heart medication was revealed to be in a plastic bag in his backpack.

“See? Do you believe me now, you pricks?” said the man’s partner, as the medication was taken out.

The woman took over treatment after police put the medication down in front of the man, who was by this stage unable to help himself.

He can be seen falling to the ground and then violently thrashing around on the pavement, gasping for air while handcuffed.

Australia has fallen this far and it’s a hideous sight.

Even the CCP criticized Australia’s tyrannical lockdowns and martial law as too authoritarian.