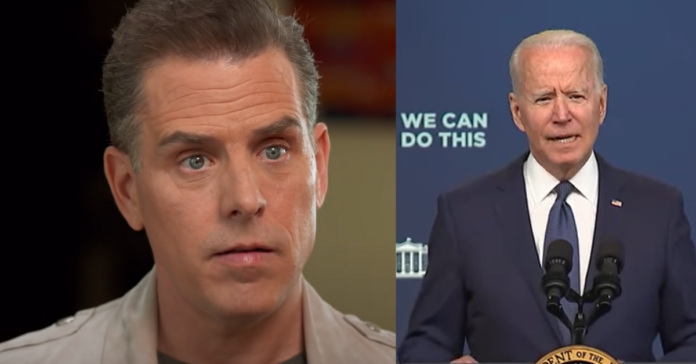 Former President Obama’s ethics chief trashed the White House’s new ethics plan to deal with walking scandal Hunter Biden’s desire to cash in and sell ‘art’ at hugely inflated prices. When word leaked that Hunter was going to try to sell his art for between $70,000 and $500,000 even the Democrats were outraged.

So the White House needed a plan to deal with the optics. They just released it and it makes things worse according to Obama’s ethics chief Walter Shaub.

The White House, rather than letting the public know who is buying Hunter’s art at crazy prices and thus trying to influence the federal government, wants no one to know not even Hunter Biden who bought the art. They want us to believe that people are going to funnel money to Hunter for nothing but his name and then they aren’t going to try to leverage that? What are we a bunch of babies? Unreal – we need to know everyone who buys his junk art for anything over $5. Period.

Shaub said: “So instead of disclosing who is paying outrageous sums for Hunter Biden’s artwork so that we could monitor whether the purchasers are gaining access to government, the WH tried to make sure we will never know who they are. That’s very disappointing.

“The idea’s that even Hunter won’t know, but the WH has outsourced government ethics to a private art dealer.

“We’re supposed to trust a merchant in an industry that’s fertile ground for money laundering, as well as unknown buyers who could tell Hunter or WH officials? No thanks.

“Is this amateur hour for government ethics? Good luck dealing with the fallout when a new owner of Hunter’s pricey “art” appears in a magazine spread.

“In the meantime, the WH has put its stamp of approval on the president’s son profiting off his father’s public service again.

“Yeah yeah, I know some folks aren’t going to like this thread because we’re not supposed to criticize the president who’s way better than the ethical disaster named Trump.

“But, you know what? With democracy on the ropes, ethics has never been more important. And this ain’t it.

“Nobody ever said secrecy was the best disinfectant, but that’s what we have now. And White House officials getting involved in any way other than to request transparency amounts to effectively putting an official stamp of approval on the president’s son trading on his father’s public service,” Shaub said.

“Instead, the president should be begging his son not to go through with this sale, even if that means threatening to banish him from the family’s Thanksgiving table this fall and publicly condemning his actions.”

“On one level, I feel empathy for the president having all these relatives he can’t directly control capitalizing on his name — whether it’s his brother, his son, or his sister — but, on the other hand, he isn’t exactly out there publicly saying he wishes they’d stop, and that makes this a little bit his problem too.