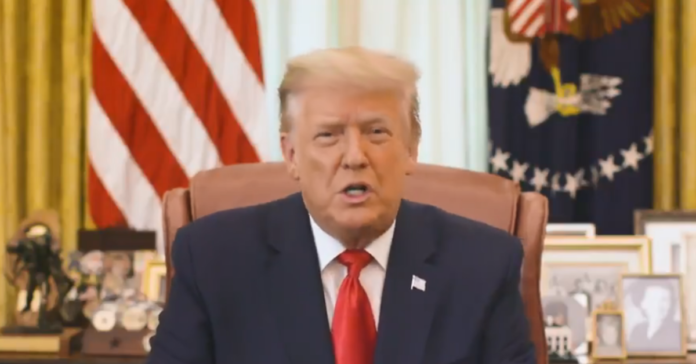 Former President Donald Trump gave an update on his future plans bu saying he has turned down numerous book deals before saying he has something bigger planned. Trump released a statement yesterday that said the following:

“I turned down two book deals, from the most unlikely of publishers, in that I do not want to do such a deal right now. I’m writing like crazy anyway, however, and when the time comes, you’ll see the book of all books. Actually, I’ve been working on a much more important project right now!”

Trump has elaborated on what the important project is but Jason Miller just made a very interesting career move. Miller has been a senior adviser to Trump for years and his primary spokesman since Trump left office.

Miller is leaving his day-to-day responsibilities with Trump, although he will still advise him, and becoming CEO of a tech startup in the social media space.

Trump has repeatedly hinted that he has big plans in the social media space and Miller leaving to join such a company could mean an announcement about Trump’s social media plans could come soon.

Longtime senior Donald Trump adviser Jason Miller is taking over as chief executive officer of a tech startup company that could be used by the former president.

Miller’s company is currently developing a social media platform that is being considered for use by Trump. People familiar with the discussions stress that no final decision has been made by the former president about which platform he will use.

The aide is expected to remain with Trump’s team, but not in a full-time, day-to-day role, according to a person familiar with the plans.

Miller is one of Trump’s longest-serving aides, having worked on his 2016 and 2020 campaigns in a senior capacity.

Since the end of the Trump administration, Miller had been serving as an on-the-record spokesperson for the former president, a role he is no longer expected to have. Trump has begun receiving interest from potential replacements to Miller, and has started interviewing candidates.

Conservatives have been seeking out a new social media platform since Trump’s removal from Twitter and Facebook. Miller has spent recent days in conversation with top right-leaning figures about his new project. Other hires may soon be announced.

Banned from Facebook until at least January 2023 and permanently booted from Twitter, Trump has been looking at alternative social media platforms where he can engage with his supporters, share statements and updates about appearances. Potential social media platforms have been teased by aides, including Miller, for months but none have been revealed to the public.